This is Jackalope is a nonprofit organization dedicated to the 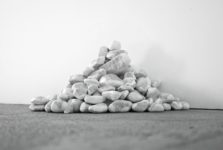 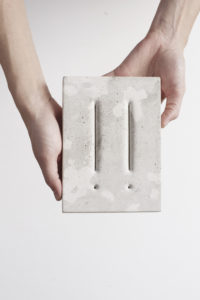 dissemination and management of contemporary artistic practices founded and directed by Cristina Anglada and Gema Melgar. TIJ is conceived as a platform that aims to develop international action from which to produce

cultural projects that experiment with

formats and discourse and generates a place for exchange and dissemination between existing discourse in different artistic communities. It also seeks to promote

partnerships and encounters between people, in order to produce and disseminate knowledge.

Cristina Anglada is an independent curator and cultural manager. She has a bachelor degree in Art History at the Complutense University of Madrid (2002-2007) and a master degree in Contemporary Art History and Visual Culture by the UCM and the National Art Museum of Reina Sofia (2010-2011). She was one of the founding members and directors of the online magazine of contemporary art nosotros for 5 years.

She also works as an art advisor for private collectors as club WeCollect and Utopicus. Since 2019, she is also working as a visual arts advisor for the AC/E Program for the Internationalization of Spanish Culture (PICE), which promotes and facilitates the foreign presence of the Spanish creative and cultural sector. Since 2018, she has been a pre-selection member of open calls such as Generations and the BMW Painting Prize. She is also the curator of the Residencies El Núcleo of the SZ Foundation, in which artists such as Alicja Kwade or Jong Oh have participated last year. She is also advisor of the residency La Moissie, in the Dordogne region of France.

She has lived in Berlin from 2008-2010. She has been the coordinator of exhibition projects as Casa Leibniz (February 2015; 2016) and publisher’s projects as the catalogue of ARCOmadrid (from 2013), ARCOlisboa (from 2016); the annual report of Ranchito 2014 (Matadero Madrid) or the manual of Spanish Contemporary Art directed by Rafa Doctor (2013). She has been the artistic director of the site-specific project Frágil from 2014 to 2016. She has worked as a director assistant at Michael Janssen gallery (ARCOmadrid 2011); Juliette Jongma (ARCOmadrid 2012) and Steve Turner (ARCOmadrid 2013).

Gema Melgar is a cultural producer, curator and programmer. She graduated in Film and Media Studies at Universidad Carlos III and also holds an MA in Contemporary Art History and Visual Culture awarded by the Reina Sofia Museum, Universidad Complutense and Universidad Autónoma. Since 2010, she has worked in the Art Programming Department of Matadero Madrid, a former slaughterhouse transformed into a multidisciplinary arts centre, where she focuses on visual arts production practices and the artists in residency programme. Prior to that, she lived in the UK where she worked for the International Exhibition at Liverpool Biennial between 2006 and 2009. Here, she was responsible for several artists’ new commissions in the public realm. Since 2010, she has also been a collaborator with Adaptive Actions, a project that serves as a reservoir which provides a voice for adaptive actions developed in specific social contexts. She has been part of its editorial committee for AA Madrid and Heteropolis publications. In addition, she has  curated art projects independently and collaboratively in Spain, Canada and the UK. Among her curatorial interests are the potentialities of actions in heterogenous urban environments and how art functions in site-specific and contextual situations. 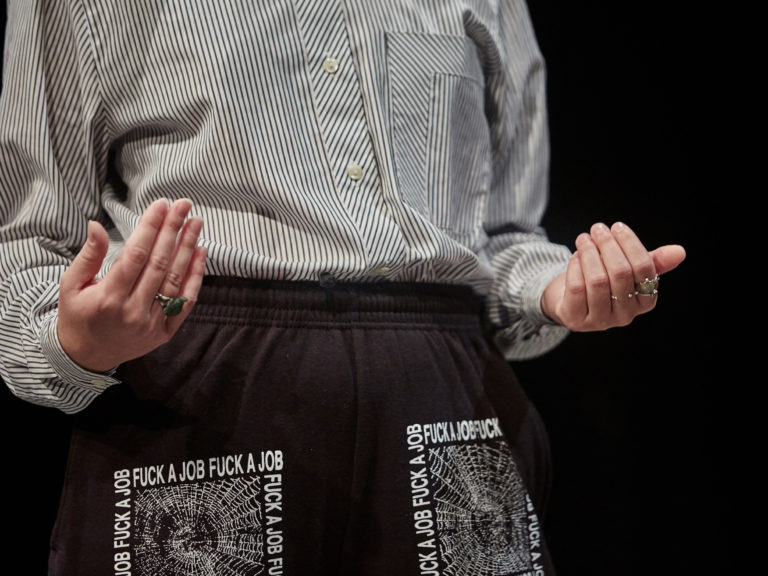 Waiting to Reconnect is the fifth episode in An Involuntary Trace, the exhibition cycle which the collective This is Jackalope has been curating in Room A throughout 2021. It adopts the form of a dual exercise in creating a deliberate failure of language.

The capacity of communication is destabilised: on the one hand through constant repetition (Hanne Lippard), which inevitably breaks down the linear perception of time; and on the other, due to the recurring use of the gerund (Claudia Pagès), which puts us in a time of ongoing action that simultaneously becomes a temporality nullified by jurisdictional language, once again sabotaging the communicative role of words. The body and humanity are put in check. 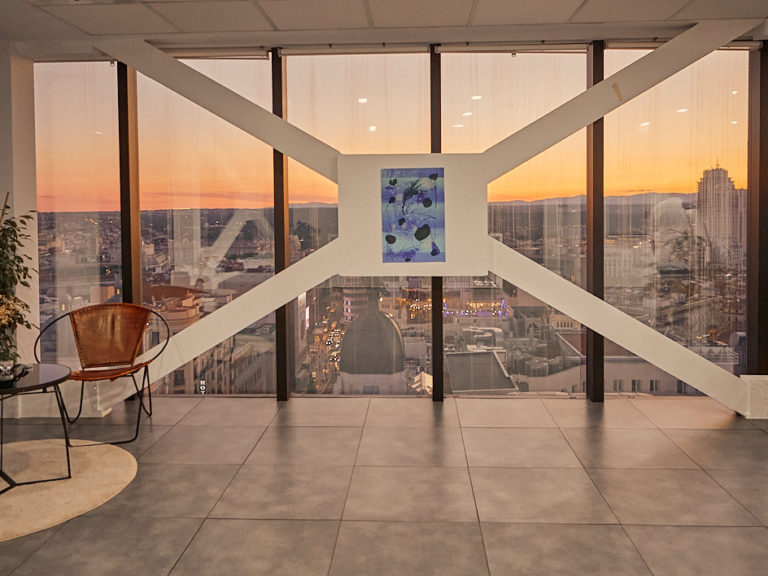 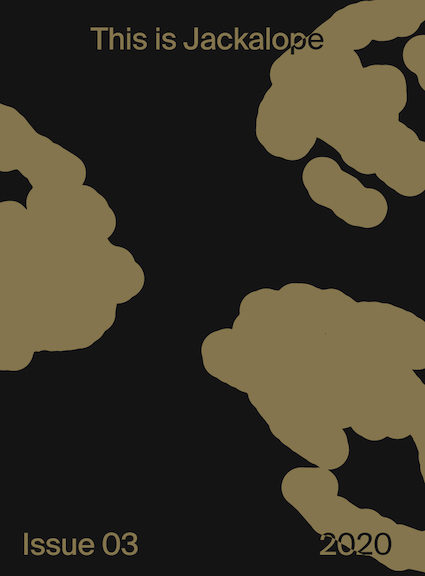