Curatorial projects by This is Jackalope 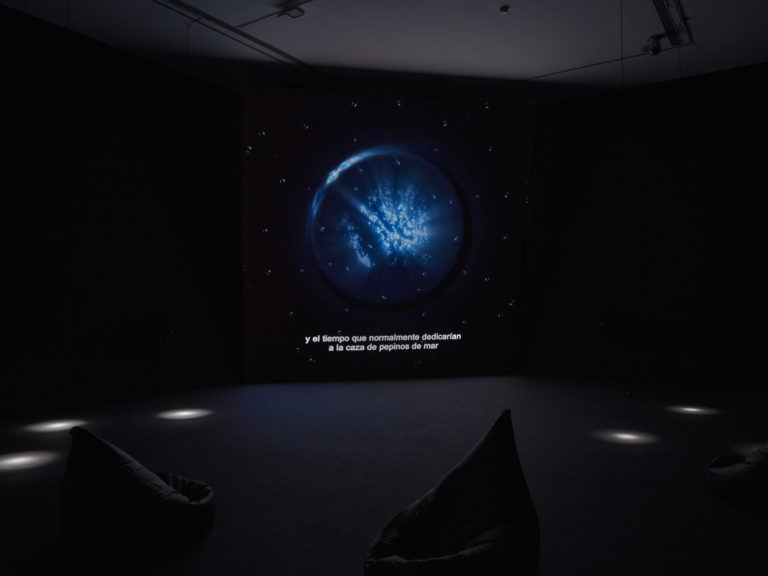 Where Have You Been So Long?

A solo show by Agnieszka Polska

Agnieszka Polska’s computer-generated animations are based on the use of language, history and scientific theory to illuminate issues of individual and social responsibility in the contemporary era. Her works combine original poetic texts with digitally manipulated imagery to explore the overwhelming ethical ambiguities of our time. Where have you been so long is the title of the first show in the cycle An Involuntary Trace, curated by This is Jackalope, in which Berlin-based Polish artist Agnieszka Polska presents two audiovisual essays. 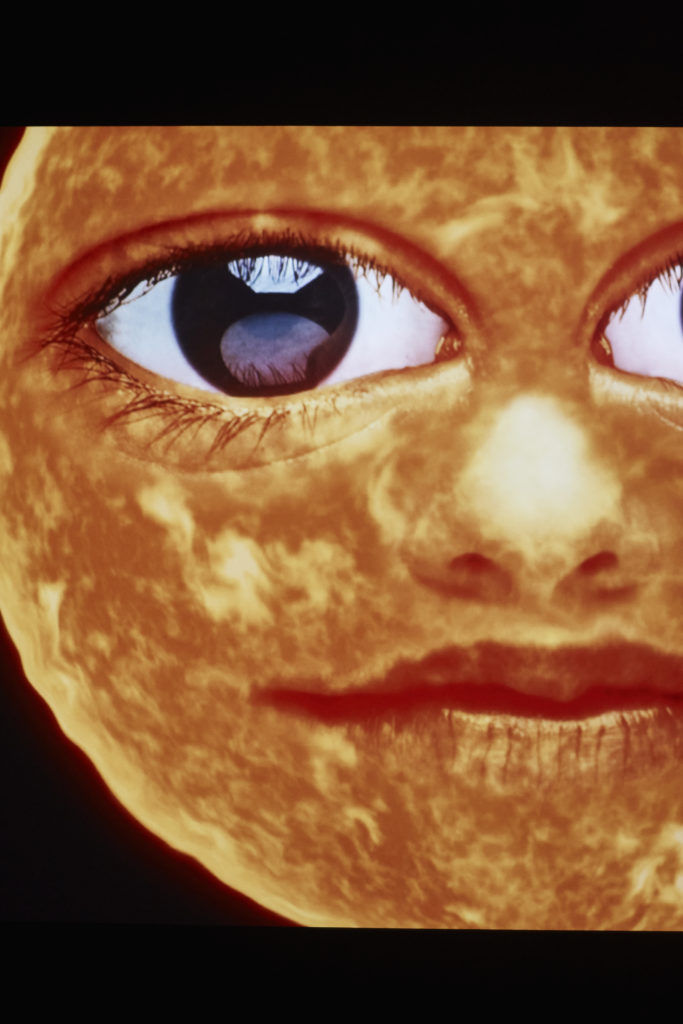 The Happiest Thought (2019) is an immersive video installation, a hallucinatory, poetic visual creation where the artist revives the prehistoric biosphere before the largest extinction of species in Earth’s history. Recent studies indicate that this unsettling natural phenomenon was partly caused by climate change, supposedly due to the high temperatures induced by increased volcanic activity in modern-day Siberia. That process, which unfolded slowly over thousands of years, could be a reflection of our current situation. If so, in the not-too-distant future the Earth will become practically barren, just as it did all those aeons ago.

In the piece, this historical point of departure is interwoven with an allusion to physicist Albert Einstein’s “happiest thought”, what he later called the fundamental idea that inspired the formulation of his general theory of relativity in 1915, which views time and space as dynamic entities. That happy thought is visualised in the piece’s opening scene: a worker falling from the roof where he is working and that ambiguous moment when perceptively he is unable to tell whether he is in a free-fall or floating in space. This sensation of pleasurable disorientation and loss of balance aims to make us change our point of view, cut the tether that anchors us to reality and use all five senses to see ourselves as part of a larger whole. In other words, the piece aspires to affect the viewer’s physicality and, consequently, his/her emotions. Unlike seeing something with VR glasses, this is shared experience, a physical and poetic tool to help us find our bearings amid the widespread suffocation and chaos of the contemporary era (Bifo). This piece is accompanied by a musical selection that combines excerpts of epic, dramatic music from digital libraries with tracks composed especially for the work and gospel-style moments sung by performance artist Geo Wyeth. 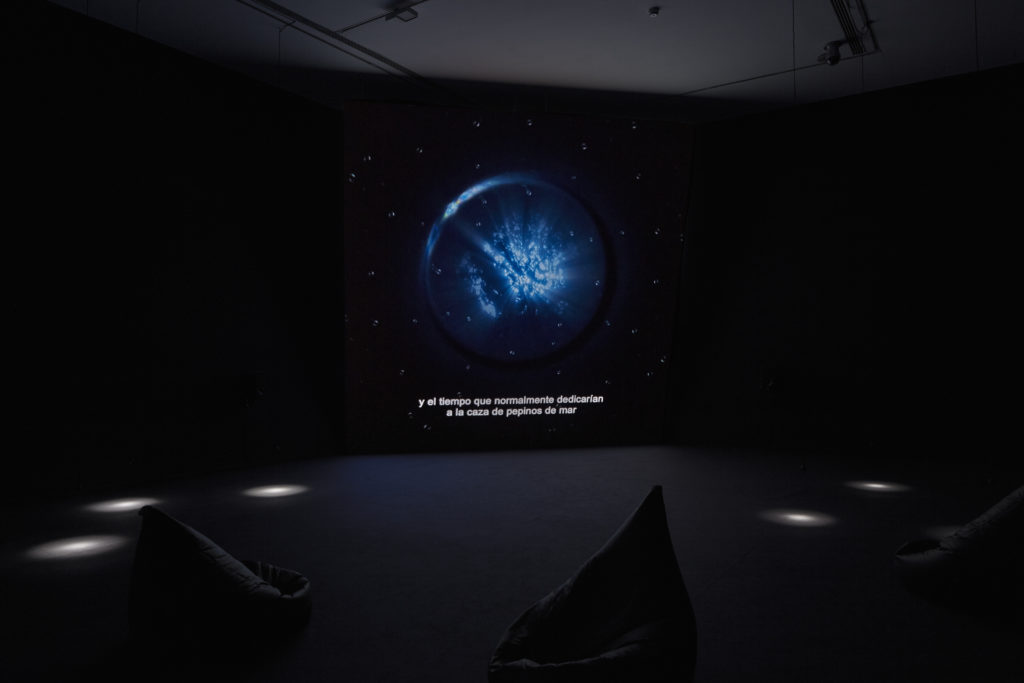 The second work, titled The New Sun, tells the story of a sun that witnesses the environmental and ethical collapse on Earth. The starting point was a poem by the 19th-century Polish poet Maria Konopnicka, who described the harmonious daily routines of humble rural life as if seen from above by the sun. Polska focused on the figure of a witness: distant but diligent in its observations, a prisoner of the events unfolding before its eyes, unable to turn away or do anything to prevent the misery and suffering it sees. In its monologue, the sun moves deliriously through various musical styles and emotional states, alternately excited, anxious, nervous and, above all, in love. The themes addressed here are linked to post-identity politics: Polska’s focus is on humanity as a collective whole under the eye of an empathetic, affectionate sun. The sun speaks directly to the audience in monologues that incorporate different emotional states and narrative modes, at times speaking vows of love and at others telling silly jokes, all with the aim of reflecting on the power of language to build a new world order. The text passages refer to the effect in quantum mechanics in which the observer influences events through the act of interpreting them. From this point of view, the character of the sun is at once a helpless witness and the one responsible for the change it is witnessing. By incorporating soft manipulation techniques like emotional mimicry and ASMR triggers (heightened sounds and whispers that stimulate pleasant tingling sensations), Polska crafts a mesmerising atmosphere to compete with what she calls the “environment of seduction” surrounding consumer marketing and organized religion in which we are immersed. Polska describes language as a code that constructs both the physical body and its representation in the virtual world. The materialisation of language takes many forms in her work, from the pressure wave of sound moving through the air to the spiritual belief that naming is an act of creation.

Through her narrative audiovisual works, Agnieszka Polska aims to create a common territory of exchange, a place for involvement in ritual, where we can confront our collective calamity together. Her creations are framed as attempts to comprehend the reality around us, embrace its ambiguities and explore them through verbal and visual expression.

Agnieszka Polska (1985, Lublin, Poland) lives and works in Berlin. She has presented her works at international venues, including the New Museum and the Museum of Modern Art in New York, Centre Pompidou and Palais de Tokyo in Paris, Tate Modern in London, Hirshhorn Museum in Washington, DC, and Hamburger Bahnhof in Berlin. Polska also participated in the 57th Venice Biennale, 11th Gwangju Biennale, 19th Biennale of Sydney, and 13th Istanbul Biennial. In 2018 she was awarded Germany’s Preis der Nationalgalerie.

* The Happiest Thought is part of “The New Infinity” programme, co-produced with Berliner Festspiele / Immersion and the Hamburg Planetarium. 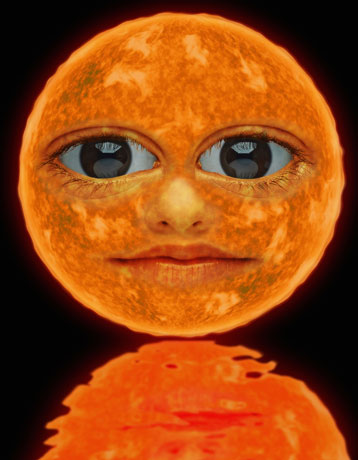 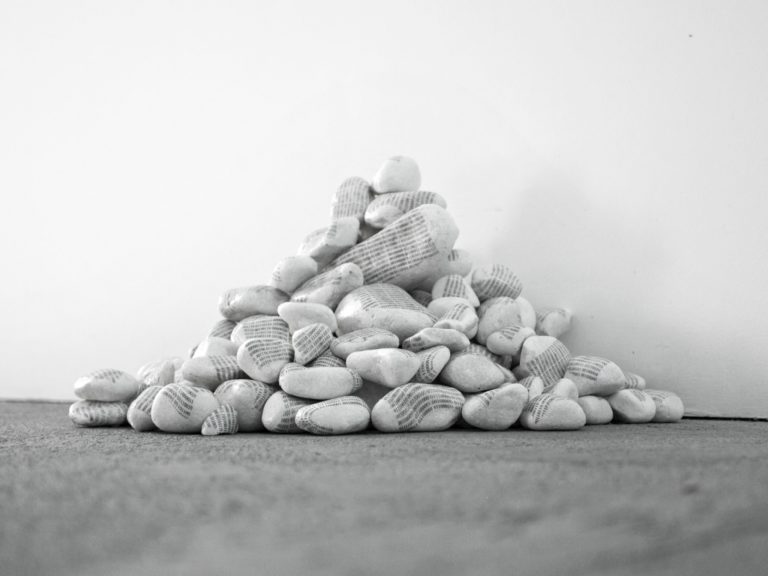 Curated by This is Jackalope for Red Itiner 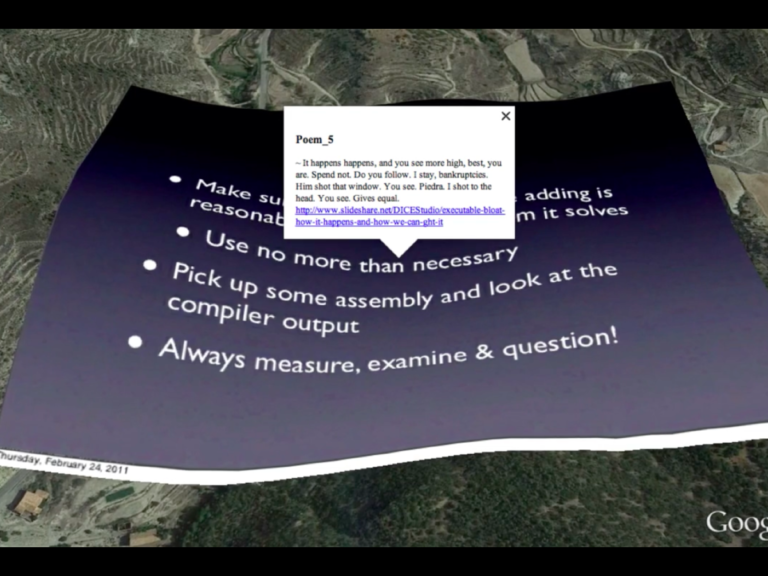 curated by This is Jackalope